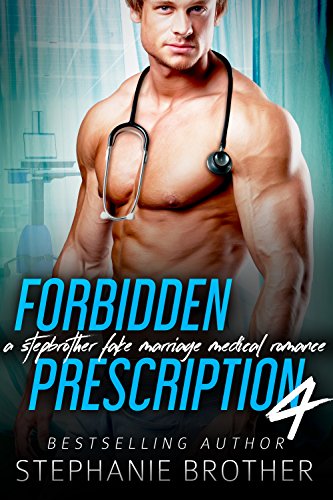 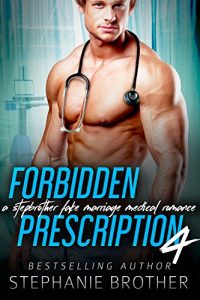 Doctor, I need a prescription for a fake husband. Not real at all. After all, I am your patient. But I wouldn’t mind having you all to myself…

When Ariana’s stalker ex of over 10 years comes back in town looking for her, she asks her friend and doctor, Daniel, to pretend to be her husband to get her ex to think she’s not available anymore. Wanting to help her out, Daniel agrees.

At first, nothing was going on between them. It was strictly for show. But after Daniel rescues Ariana from a confrontation with her stalker, their relationship to get a little steamy.

They end up sleeping together that night, which puts Daniel at risk for losing his license if anyone found out he was sleeping with his patient. He couldn’t make their relationship official since Ariana’s illness still needed regular care. So they had to see each other in secret.

But at the same time, his father started seeing Ariana’s mother behind their backs. One weekend, they end up eloping to get married in Vegas, having Ariana and Daniel become step siblings.

All of a sudden it is scandal after scandal that is driving Ariana and Daniel apart, as well as causing tension with their families.

But they find out Ariana is carrying Daniel’s baby, making their situation a lot more difficult…