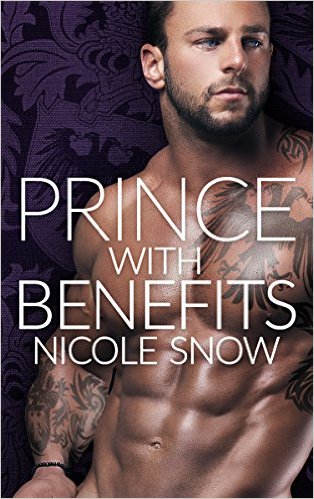 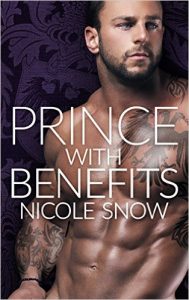 HE BOUGHT A WIFE. I BOUGHT INTO MAKE BELIEVE…

Cinderella had it easy. I'm lying to millions of people, and it's all Silas' fault.

Everything that screams run. If only it weren't for his rock hard edges and wild tattoos, tempting anything female on all seven continents.

But I don't care about his looks. Really.

Our deal is simple. He needs a pretty little lie, a wife to cover up his dirty deeds. I need a fortune to buy the treatment that just might save my father's life.

Match made in hell? Totally, and I'm going to make it work.

No, I'm not stupid. I'm not getting played by this billionaire prince. Forget his banter, his charms, the rumors I've heard about his ridiculously over-sized…ego.

What's that phrase he teases me with – Prince with benefits? Not in a billion years.

Yes, I'll lie for him. But I swear, my panties are absolutely, positively not melting every time I imagine his kiss…

It's almost perfect. An engagement with an American girl, desperate as she is beautiful. Anything goes with Erin, except one rule.

Charming any girl I want into my bed doesn't mean a thing when there's only one on my mind.

I want Miss Make Believe. My fake, sassy, sexy fiancee. She, who says ‘no,' and makes me so obsessed I'm about to trade in my designer suit for a straitjacket.

I convinced her to wear my ring, easy. I'll get her clothes off next. Show her what the world's most infamous player does when he's on fire. Then I'll move on.

No more playing castle. I'll have my Princess with benefits on her knees, treating me like royalty…

The Author / Publisher advised that this title was available for $0.99 (or local equivalent), discounted from $2.99 on 7/8/2016 at the following retailers: