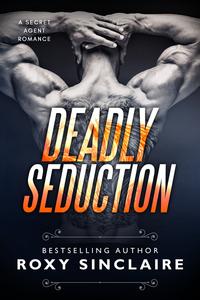 “She never saw anything like it before. She was amazed, and a bit turned on.”

Mickey was the new next door neighbor. He was secretly a CIA agent, but couldn’t give away his profession to the woman he had to seduce as part of his mission. She just happened to be the general’s daughter.

Laurie takes a liking to him, and thinks he’s just great. Except for the fact that he keeps asking about her stoner of a roommate, who was her brother. This leaves her puzzled and makes her question if something else is going.

Her brother was Mickey’s target. He needed to find out if classified information was being handed over to the Russians.

Mickey needs to find out if Laurie is part of the problem or just plain innocent whose life may be in danger. The only way to do so is to deceive her into thinking he wants her.

But what happens when Mickey actually does fall for her? Will he be able to continue through with the mission? Is Laurie really a traitor? What happens when the Russians do show up and it’s a question of life or death?