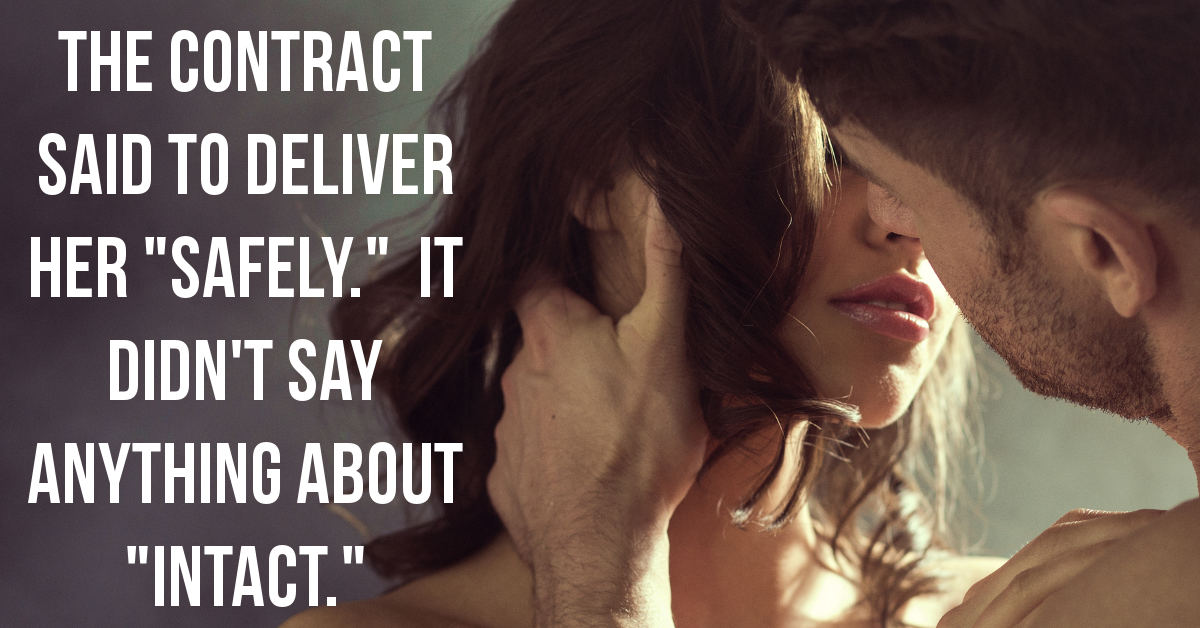 Ever since announcing his intentions to run for President, my father had been away from the house even more than usual. It had been weeks since I’d been required to stand quietly behind him so the nation could see what a great family man the former contract killer was.

Where was my mother? In public, the answer was “That’s a very private tragedy I’d rather not drag through the public arena, next question please.” In private, the only answer I ever received was “Shut the fuck up.”

My life was not my own, it belonged to him, Vito Mondalo. The voting public knew him as Victor. It made him more “accessible”, according to his advisors.

He had plans for me, plans that were set in stone, plans that laughed at all the time I wasted learning about biology and medicine. I had this idea that maybe one day I could be a nurse, or even a doctor.

On the increasingly rare occasions I saw him, he made a point to remind me that my ideas were actually delusions. When Costanzo Capon’s youngest son, Roberto, turned eighteen, I’d belong to him.
This was my father’s way of paying for the Capon Crime Family’s alliance and support in his presidential bid, because the long history of mutually-beneficial arrangements between him and the Capons wasn’t enough, apparently.

I met Roberto recently, and I could barely contain my horror at being presented like a sneak preview of his eighteenth birthday present. He looked at me the way he might look at a mountain of donuts, if he was the kind of guy that also wanted to fuck donuts.

Never mind that the thought of Roberto, of being his wife, made my skin crawl. Never mind that he was so overweight that he might have a heart attack on our wedding night. That was the deal, that was what my father said, that’s what was going to happen.

I did what I could to lose my virginity, to give away the gift that had been promised to Roberto, but the only men in my life were employed by my father. Not the mild-mannered public servant the general public knew, but the brutal hitman who had worked his way up the Mafia hierarchy until, in this city, he was second only to Don Folliero himself, and the man entrusted to go for the top job in the country on behalf of the mob.

There must be something wrong with me, though. Something beyond the obvious fear of my father that all the Mafia soldiers working security here clearly felt. In the movies, there was no fear, no army, big enough to get between a man and the woman he loved and lusted after, so the problem must be me. Invisible at best and repulsive at worst. Unlovable. Not worth the trouble.
I tightened the belt around my bathrobe and pulled it apart a little at the chest before exiting the bathroom and heading down the hallway towards my room, hoping that tonight would be the night somebody would look at me, see me… maybe want me. Anything but one more night of exactly the same emptiness, one more night closer to an awful arranged marriage and the final nail in the coffin of my dreams, professional or otherwise.

Coming the other way, doing a standard security-sweep of the house, was one such employee of my father’s. I’d seen him around before. Billy was his name, I thought. He was built a little light for my liking, but he had that classic gangster kind of edge to him and looked good in a suit.

I stepped into his path. “Hey… Billy, right?”

He cleared his throat, keeping his eyes trained determinedly about six inches over my head. “Yes, ma’am… uh… good evening.”

“Hey, my eyes are down here.” I waved my hand maybe a little lower than where my eyes actually were.

Billy glanced down, and then back up again before I continued.

Billy gulped again and I glanced up at his forehead to see beads of sweat clearly starting to stand out. I knew then that there was no hope with this one.

Billy looked like the governor had called with his pardon just before the switch was thrown on his electric chair. He was just another hired goon, terrified of my dad and terrified of offending me in case I told my dad. He’d never do the kind of things to me that I wanted, needed, to have done.

Even if he changed his mind, now it was too late. Could I take a man as scared as him seriously? Could he ever live up to my fantasies? No. Tonight it was just going to be me, my laptop, my favorite website, and the fingers of my right hand.

Locking my bedroom door behind me, I hung up my bathrobe on the hook and climbed into bed, pulling my laptop from my bedside table. The internet was my only sexual outlet, and sometimes it scared even me when I sat back and really thought about the kinds of things I’d discovered that turned me on.

I wondered if it was a natural result of this captive upbringing. I had everything here I needed to exist, but nothing I needed to live. I’d been home-schooled all my twenty years, and ever since that incident a with the piano teacher when I was eighteen, my tutors had been exclusively old women.

Every time I’d had a lesson with him, I felt kind of funny. I found myself thinking about him when he wasn’t around, wondering what he looked like under his clothes.
When I discovered the sensations I could cause between my legs by rhythmically squeezing my thighs together in just the right way, the lessons became even more interesting. My final piano lesson was cut short when one of my father’s men walked in to find the tutor’s hands on my breasts and my face flushed in near-orgasm from my thigh-squeezing.

I never had a piano lesson since then. If the rumors were true, then my tutor never conducted a piano lesson, or anything else, ever again either. It went some way to explaining why no man around here would ever lay a finger on me.

Shortly after that, my father announced my engagement to Roberto, but if he thought my sexuality was suddenly under control, he was sadly mistaken. Exactly the opposite, actually.
Hormones were practically exploding through my veins and a lot of the time I felt like I was crawling up the walls with equal measures of horniness and loneliness. I started watching soppy romance movies.

It wasn’t long after that I became incredibly frustrated at the way the scenes always faded to black right when things were getting interesting. I wanted to see what was going on behind that closed door.

So I started keeping an eye out for movies that would show me that. They were easy enough to find, but it was a gradual spiral. Next I wanted to know what was behind that blanket, that carefully positioned leg. What was the stupid camera angle not showing me? What was making the woman sigh and moan like that?

Well, there were videos that showed that too. I was fascinated, hooked. Then, on one website, I spotted a video category called “Rough Sex” and decided to see what that was all about.
If the regular stuff was like scratching an itch, the stuff I saw there was like setting off TNT in my mind. Even before I could touch myself, I was moaning, sighing and screaming along with the women in the clips.

It was nothing like the stuff the romance movies had fed me. The slapping, the ropes, the choking, the raw animal lust and the way the man (or men) utterly dominated in the bedroom or wherever they decided to take their pleasure was like pure distilled euphoria.

The sight of a man kicking some girl’s door down, throwing her on the floor, and holding a knife against her throat, fucking her harder than you would have dreamed possible while she screamed in pleasure and pain, hopelessly struggling against his overwhelming power… phew.

The thought alone was enough to drive me wild, and as I clicked the button on my laptop, the website couldn’t load fast enough. In fact, the website wasn’t loading at all. Something was wrong with the internet. I switched over to mobile data and saw the familiar home page appear on my screen.

If my dad knew the kinds of things I looked at… the first law he’d pass when he won the election would be something that attempted to ban the internet. My betrothed wouldn’t have the cardio to be able to pull off the kind of things that turned me on.

For all I knew, he might even be somewhere here in the mansion tonight. This was my gold-plated prison, after all, and since when does a prisoner know the schedule of the warden anyway?

And don't miss out on the free downloads exclusively for my subscribers! These are short bonus stories that tie into the main novels and often act as a bridge between them. They are all about a million out of ten on the spiciness scale too.

5 thoughts on “Sneak Preview of Chapter 1”